What does Sonata have to do with Dynamics?

Back in the late 1990s, when every organization was scrambling around to make sure they wouldn't be hit by the Y2K bug, Sonata was helping organizations mitigate this risk by implementing Enterprise Resource Planning systems for them. Sonata was initially offering solutions based on an ERP called Scala.

In 1998, IBM partnered with Danish company Damgaard Data to create IBM Axapta. The first version of this software suite supported trade and financial operations, inventory management, logistics and production management, and was released in the US and Denmark. 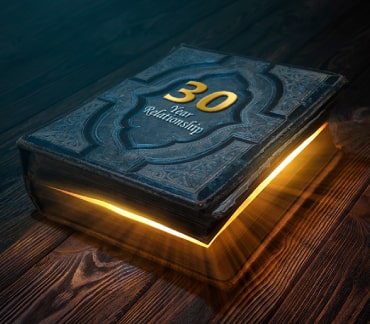 Sonata had been working with Microsoft since 1991, and their experience with ERPs made them a logical partner for Microsoft, to help them roll out implementations for Axapta. Microsoft has constantly built in new features into Axapta and renamed the product as Microsoft Dynamics 365 for operations in 2016. So we've been around and working with Microsoft on Dynamics for a long time.

Why should I consider Sonata for a Dynamics career, and not any other company?

There's a story about when Don Bradman met Sunil Gavaskar. Bradman told Sunny "The big blokes have the strength, but we have the footwork". That applies to us as well. For one, we are a Dynamics focused company. Second, we are agile. Not capital A agile (though we are that as well), but nimble, fast and flexible. Which means our employees move seamlessly across functions and customers. We let you find a place where you can do yur best work. You may think that your talent is for development, but find you perform better in a client facing role. No problem. Build your career that way. You may be working on implementation but find that you have more fun building product extensions. Sonata will accommodate you.

Most of all, you can grow with us.

Every company likes to talk about its employees as "family". We do too, but the difference is, we really are. Many of our senior employees have worked their way up the company.

Will I be locking my career to a single product? Does that mean my skills will not be usable elsewhere?

The understanding you gain of businesses and how they function will be invaluable, regardless of the platform you work on.

What are my chances of being posted abroad?

Definitely better than at any of the software giants.

We have delivery centres in India, the US and Australia, and are starting operations in Ireland. If you show aptitude in handling product deployments, or product engineering, or an ability to get along with customers and understand their issues and communicate our needs, we would be delighted to send you to any of our global centres. In fact, many of our alumni work with Microsoft and other software majors. Many have also gone on to set up their own businesses as well.