India Is At The Cusp Of Enormous Cloud Growth

India Is At The Cusp Of Enormous Cloud Growth 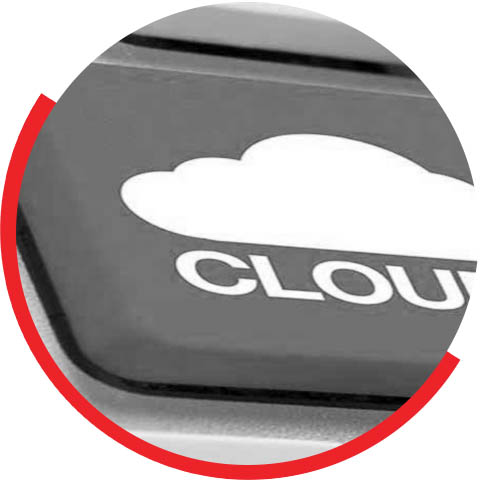 For the past decade, cloud has been one of the dominant technology trends across the globe. With its many obvious advantages such as the ability to convert infrastructure costs from Capex to Opex, greater flexibility and scalability, businesses across the globe have embraced the cloud. The demand for cloud continues to grow. Gartner has predicted that the worldwide public cloud services market is projected to grow 18 percent in 2017 to reach a total of $246.8 billion.

The India story, however, has been slightly different. Despite the buzz, the actual on-ground adoption has been quite slow for a number of reasons. As per Gartner, the public cloud services market in India is projected to grow to just $1.81 billion in 2017.

While actual numbers continue to be small, it still represents a growth of 38 percent in 2017. These rapid growth numbers do indicate that the tide is indeed turning for cloud adoption in India. Over the next few years, we can definitely expect cloud adoption to become increasingly mainstream.

Here are the primary drivers that will push cloud adoption in India:

An important deterrent to cloud adoption in India has been concerns around the safety of sensitive data. The fact that most cloud providers didn’t have India-based data centers further exacerbated this trend. For sectors such as Financial Services, there were several regulatory constraints that prevented them from adopting cloud-based technologies if the data was not hosted within India.

Thankfully, this has changed. In 2015, Microsoft brought online three cloud data centers in India to improve performance of Azure services for customers in the country. Last year, Amazon too announced its first Indian AWS data center launch in Mumbai.

With the India data centers in place, the public sector has started embracing cloud. The Ministry of Electronics and Information Technology has empanelled a set of Cloud Services providers, who can now be leveraged by other Government Departments/Agencies. With such an empanelment done, the hesitation that most Government agencies had on adopting Cloud earlier; has now been addressed.

New Platforms for a Digital Future

Cloud Services Providers are innovating a great deal, and a number of these technologies (Machine Learning, IOT, Advanced Analytics, Cognitive Services) are delivered through the Cloud. Many ISVs, including Sonata, are building their platforms on top of these services, which in turn is leading to greater Cloud adoption.

The initial Inertia preventing most companies from adopting Cloud has been greatly overcome over the last 4 years. Like all technology products, majority of companies started moving only after early adopters had already accepted Cloud. From 2012-2015, there were quite a few who had initiated moving their Low Business Impact applications to the Cloud. By 2015 these companies had moved quite a few Medium Business Impact applications to the cloud as well. Microsoft also contributed a great deal by being the first Public Cloud Services Provider to set up datacenters in India. With strong customer references in place, a number of companies started adopting Cloud, thereby realising the benefits of Cloud. The growth of the Cloud Services market has been in high triple digits for last 5 years in a row.

A Robust Start up Ecosystem

With a large number of start-ups in India, Cloud is the first stop for their IT Infrastructure requirements, considering zero capex and immense scalability potential.

Given that the Internet is the biggest enabler for cloud computing, India’s abysmal Internet infrastructure – both from an availability and speed point of view - has been a big deterrent. As per a recent report on 4G/LTE performance by Open Signal, 4G speeds in India are terribly low in comparison to global standards, with an average download speed of just 5.14 Mbps on a 4G internet connection.

But by all accounts, this is set to change. As per the recent State of the Internet Connectivity report for Q1 2017 by Akamai Technologies, India’s average Internet connection grew 87 percent year-on-year. Also, with competitive new data offerings, programs such as Digital India and the launch of new GSATs by ISRO that promise to boost Internet speeds, Internet in India is set to get faster than ever. This rapid growth in Internet speeds will, in turn, boost cloud adoption in India.

With these in place, we can definitely expect to see the golden age of cloud adoption in India very soon! If you’d like to explore the benefits of cloud for your business, write in to us at mohan.m@sonata-software.com, we’d love to discuss your requirements.