EVOLUTION OF TESTING: FROM MANUAL TO AUTONOMOUS

EVOLUTION OF TESTING: FROM MANUAL TO AUTONOMOUS 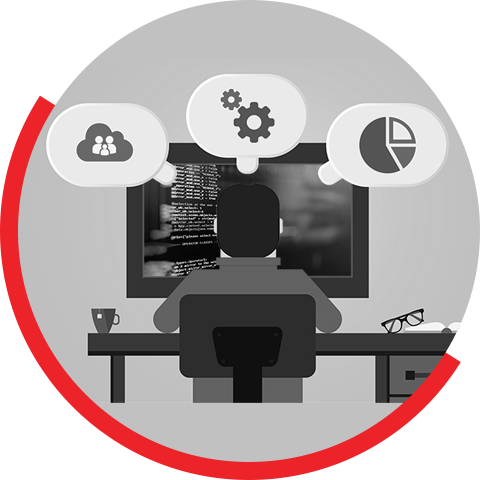 We have seen a sea of change in the way software development projects are approached, however, the underlying factors defining a successful project still remains the same, as the delivery teams continuously jostle to get the right balance among time, cost and quality. Quality assurance is an integral part of any successful software application development process. By having a robust software testing mechanism in place, enterprises ensure delivery of successful software projects.

Software testing since its formal inception in the 1980s has evolved. From being a manual and human resources intensive process it has moved towards automation, with technology helping QA engineers automate a bulk of the repetitive tasks.

As per the “State of Software Testing Report 2017”, by PractiTest, software companies are adopting DevOps in a more holistic manner, and QA engineers are now seeing more involvement in CI& CD process, playing a larger part in the software development cycle. With more and more companies adopting DevOps & agile methodology, involving continuous software development, leaving testing to the end is no longer an option.

Two factors, which determine the success in the continuous delivery model, DevOps, are

This change in approach requires continuous testing process, which ensures seamless code change in the software release and quality at speed, throughout the software development cycle.

However, managing continuous testing manually is a challenge as it presents key issues to address

As per industry reports in 2018, 90% of software testing is performed manually and it consumes a large chunk of the software development cycle. Manual continuous testing slows down the release of new development and thereby preventing the realization of DevOps. To address this challenge, the industry needs to move towards autonomous testing, which ensures zero-touch quality assurance.

In the era of digital disruption, autonomous testing, made possible by the application of digital technologies such as AI (Artificial Intelligence), ML (Machine Learning), and NLP (Natural Language Processing), is becoming mainstream.

Analysts predict that Automation Testing Market will be worth $19.27 Billion by 2023. Autonomous testing has the potential to revolutionize the testing as we know today.

It has enhanced the speed of automation. With autonomous testing, one can automatically create test scripts. It makes creation and maintenance of test scripts easier. It helps in reducing the cost of operation by bringing down the number of test automation & manual testers.

To know more about our Testing Platforms and Solutions click here.